< Previous
Next >
Most Medicare Part D prescription drug plans have four different parts of coverage: (1) the Initial Deductible (in some plans), (2) the Initial Coverage Phase, (3) the Coverage Gap (Donut Hole), and (4) Catastrophic Coverage.

The Initial Coverage Limit (ICL) is a fixed dollar amount $4,660 in 2023 ($4,430 in 2022) that acts as the "boundary" between the second part of your Medicare Part D plan or the Initial Coverage Phase (where you and your drug plan share the cost of your drug purchases) and the third part of your plan, the Coverage Gap (where you receive a 75% Donut Hole discount on all formulary drugs). 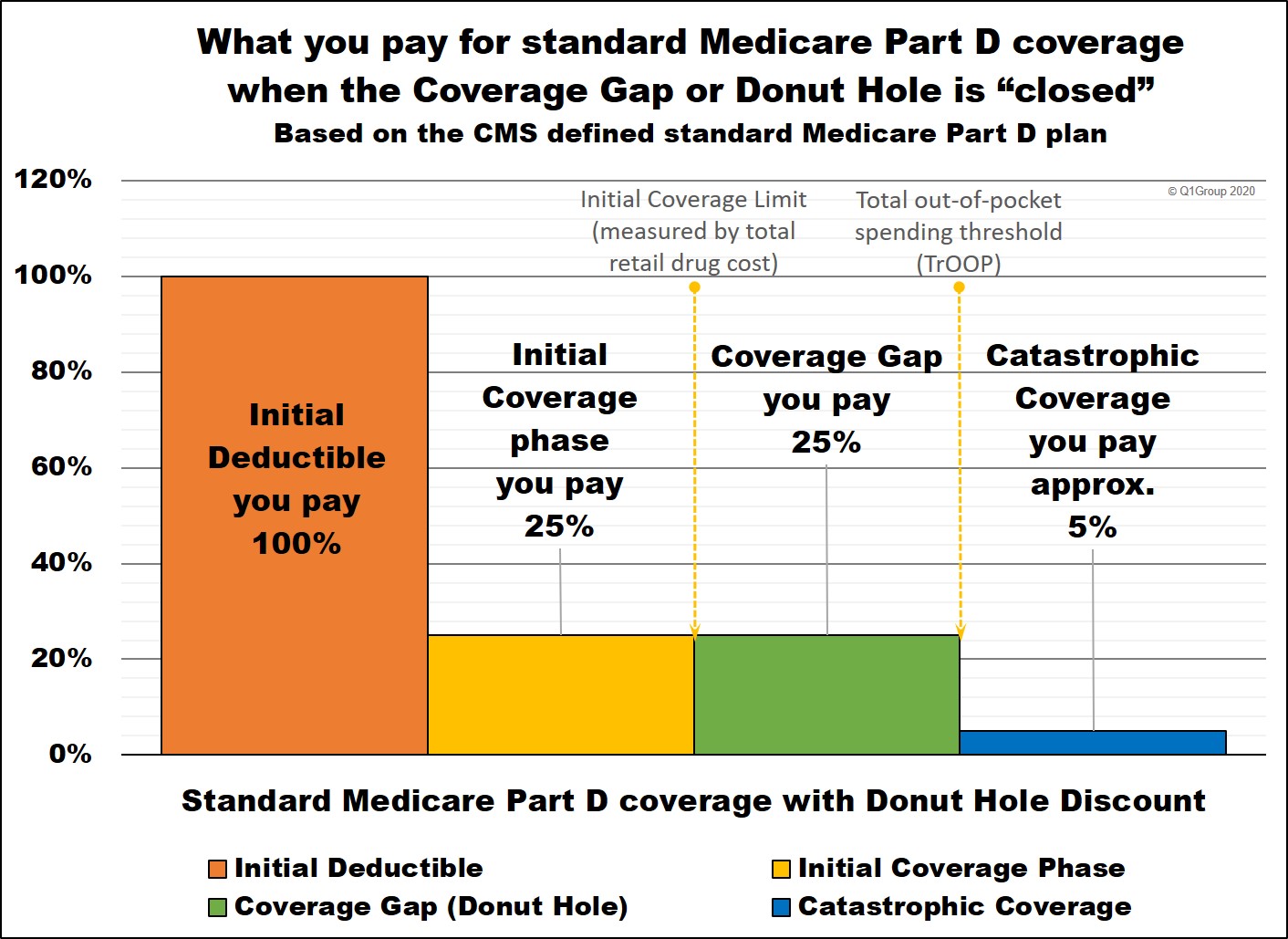 
In addition, more Medicare Advantage plans that include prescription drug coverage (MAPDs) provide a variation to the CMS standard ICL.


Question:  How do formulary drug purchases affect your ICL?

Please note that the single purchase of an expensive medication (for example, a drug with a retail cost of over $4,800), will push you through the Initial Coverage Phase and into the Coverage Gap - and maybe even beyond and into Catastrophic Coverage. 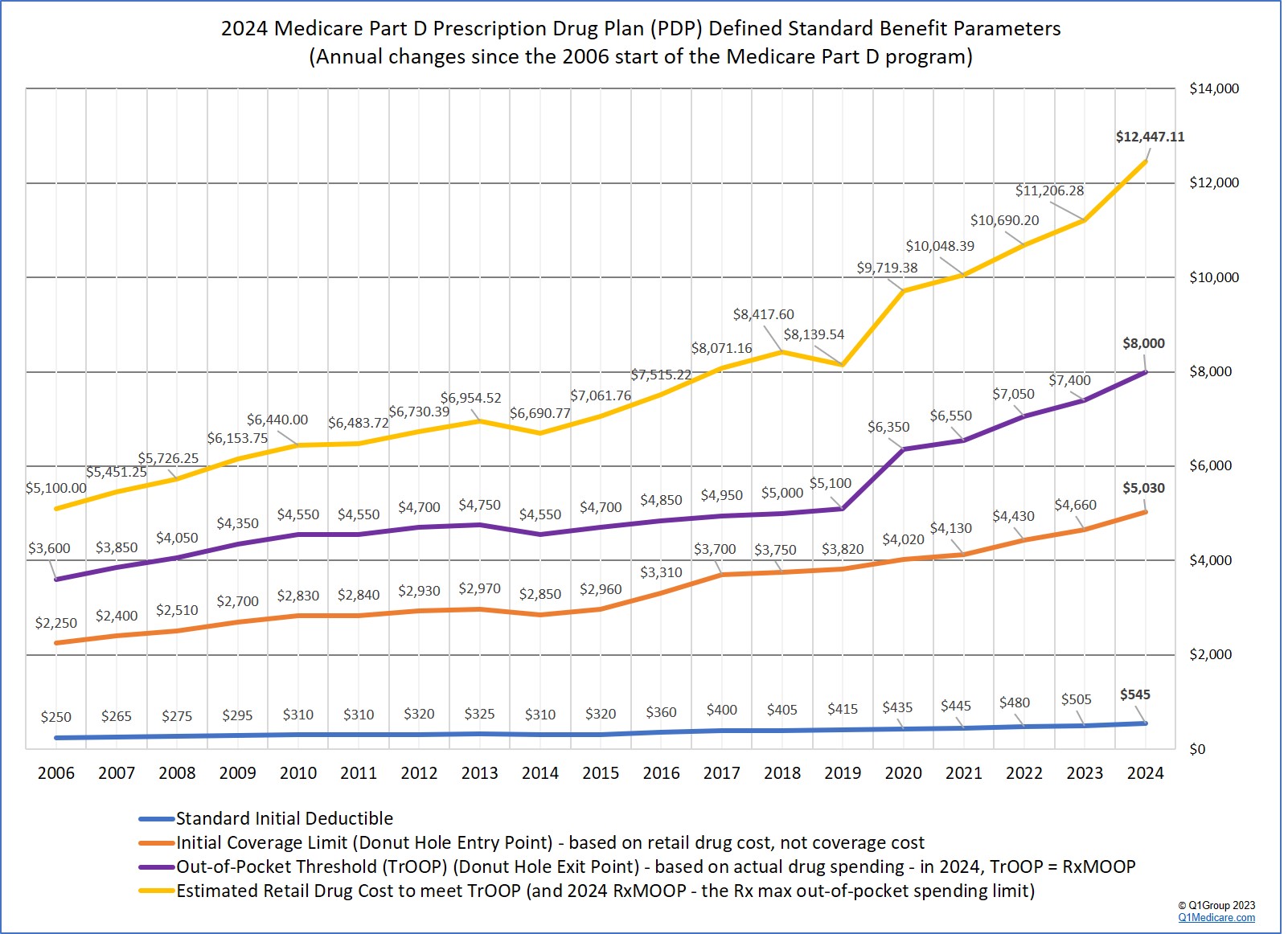 
Not exactly.  Although the Medicare standard Initial Coverage Limit has increased almost every year - and you would, therefore, expect to buy more medications each year before entering the Coverage Gap - in reality, with the regular increases in retail drug pricing, many people find that they actually can buy fewer formulary drugs each year before entering the Donut Hole (unless they switch prescriptions to lower-costing generics or more-economical brand drug alternatives).

(3) The Coverage Gap or Donut Hole begins once you exceed the Initial Coverage Limit you enter the Donut Hole and you will receive the 75% Donut Hole discount for both generic and brand-name formulary drugs.  This means any formulary drugs you purchase while in the Donut Hole will cost you 25% of the drug's retail price.  You can read more about the current Donut Hole Discount here: Q1FAQ.com/470

(4) The Catastrophic Coverage Phase begins once your total out-of-pocket drug costs exceed a certain point (for instance, over $7,400 in 2023, you will exit the Donut Hole or Coverage Gap.  In the Catastrophic Coverage phase you will receive your medications at a low-fixed price, paying around 5% of the retail price for brand drugs for the remainder of the year.

Add your drugs to see plans