As a note, although the math behind straddle claim logic remains consistent, the total cost of your first drug purchase can change year-to-year as your retail drug price changes and the Medicare plan limits change year-to-year.  For example, in 2018, the total cost for the first purchase of a $10,000 brand-name drug would be around $2,880 (not including dispensing fees) - and in 2021, the total cost for this same $10,000 drug would be slightly less at around $2,751 - due to changes in annual plan limits.

However, since you end your first drug purchase in the Catastrophic Coverage phase, the next (or second) purchases of our example $10,000 drug would remain constant across years with a cost of $500 per purchase (5% of retail) for the remainder of the year.

Detailed Example:  How to calculate the cost of a single $12,000 brand-name formulary drug purchase.

Step 1 - Assumptions:  First, before we can estimated the cost of this $12,000 straddle claim we need to make a few assumptions about the Medicare Part D plan coverage (and your coverage may vary slightly from our assumptions): Step 2 - The Math:  We calculate and add together what you will pay as your purchase "straddles" all four parts of your Medicare Part D coverage.

Since we are assuming that your Medicare Part D plan has a standard $480 deductible and that this is your first drug purchase during the initial deductible phase, you will pay 100% of the drug cost up to your deductible of $480 and the remaining balance of the retail cost of $11,520 ($12,000 - $480) (retail price - deductible) carries over into your Initial Coverage Phase.

Since the amount of the retail drug price falling into the Initial Coverage Phase from the Initial Deductible ($11,520) is greater than the remaining initial coverage balance $3,950, the remaining retail balance of $7,570 ($11,520 - $3,950) carries over (or "straddles") into the Coverage Gap or Donut Hole.

You will stay in the Donut Hole or Coverage Gap until your total out-of-pocket costs reach the plan's total out-of-pocket spending threshold (TrOOP) of $7,050 (which should account for a retail drug cost of around $10,306).  We are assuming you are using 100% brand-name drugs and receiving 95% credit for your Donut Hole purchases (the 25% Donut Hole Discount of retail you spend plus the 70% discount provided by the pharmaceutical industry on your behalf).

Any purchases of this same drug during the remainder of the year would be in the Catastrophic Coverage phase costing 5% of the $12,000 retail cost or $600.

Step 3 (optional) - Skip the math and use our Donut Hole Calculator or Cost Estimator by starting at: https://PDP-Planner.com - then: 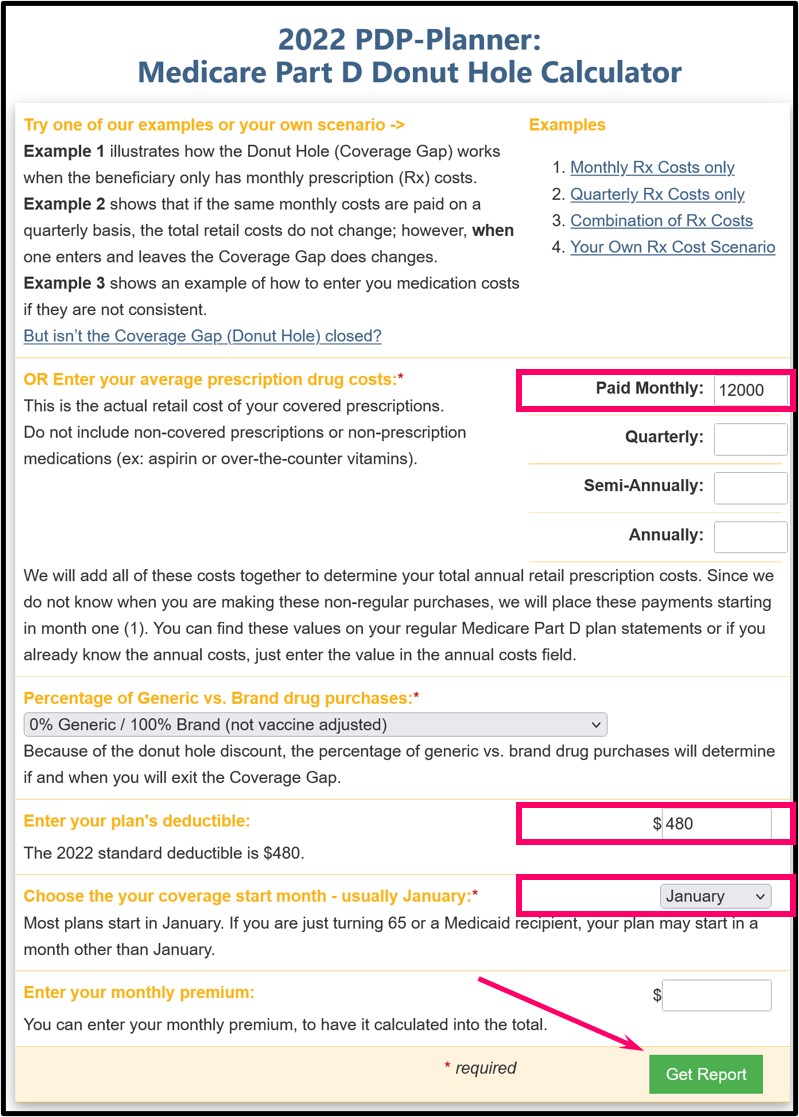 The end result of the PDP-Planner or Donut Hole Calculator should look something like the following if you use $480 as your standard initial deductible and you will see that the first drug purchase (1:Jan) is calculated over all four phases of the Medicare Part D drug plan. 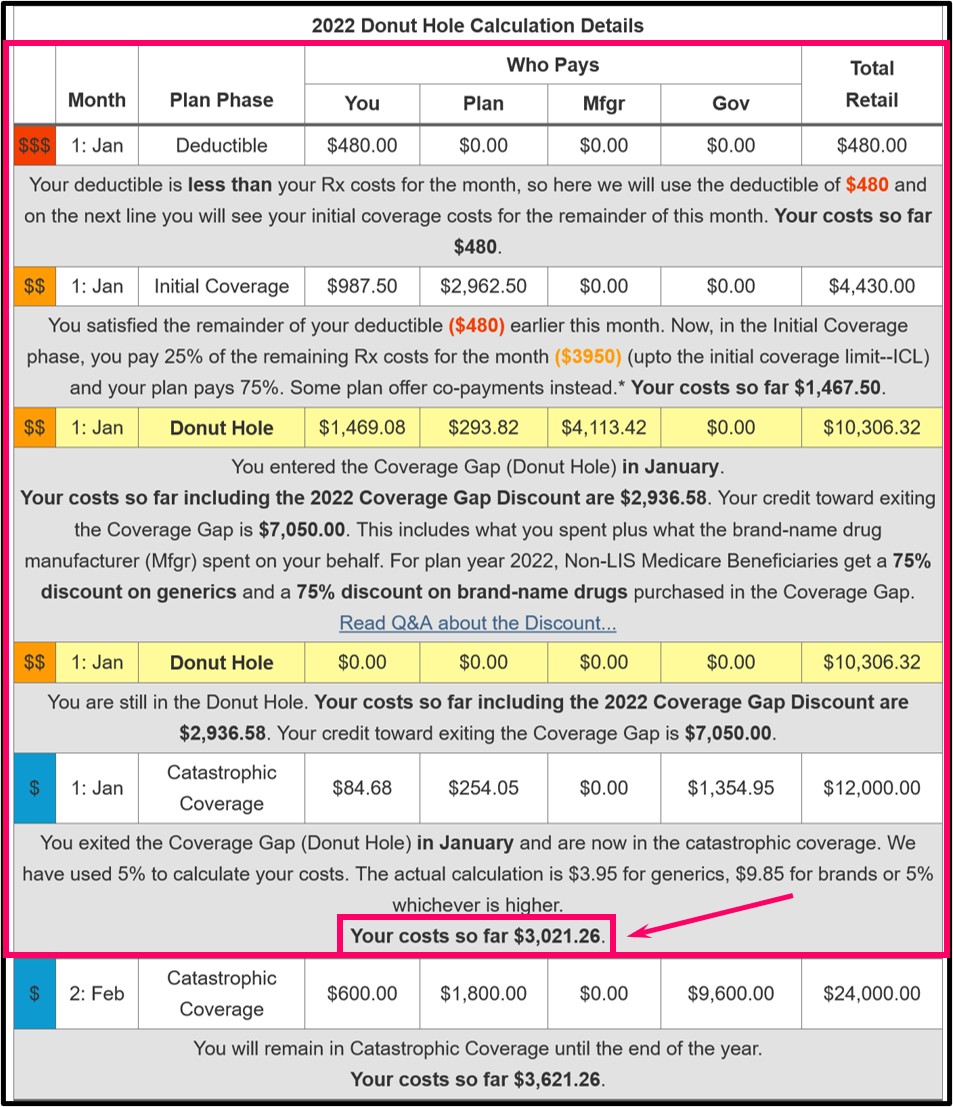